King Semerkhet ruled around 2920 BC.

His name can be translated as “Companion of the Divine community”, "Companion of the gods" or "Thoughtful friend" (There are many versions as translating the old hieroglyph writing can be challenging). His birth name could be translated as Iry-Netjer (divine guardian) - it is written with the hieroglyph of a man wearing a cloak, who carries a stick. His personal name was Qebeh(u).

Details about his rule are scarce, as it is with many early Dynastic kings of Egypt.  One theory is that he may have been an usurper. This theory is based on the fact that he had erased king Adjib’s name from stone vessels and replaced them with his own. Furthermore, his name is not mentioned in the 19th Dynasty Saqqara king list, but both Anedjib and Qaa are there.

Also his tomb contained many artifacts from the tombs of queen Merneith and king Den and no Sakkara tomb of high officials mention the king's name. This has raised suspicions, because the officials of the time carefully documented their service under their king in their tombs, as their position was an honor they wanted future generations to know about. Still, it was the way of the kings of the time to erase their predecessors’ names and replace them with their own. It could also be that as his reign was most likely a short one, most of his officials outlived the king. Hence the lack of the king's name in officials’ and priests’ tombs.

His father may have been Den, and his mother queen Betrest.

The names of Semerkhet’s offspring are not known, but his successon Qa’a may have been his son. 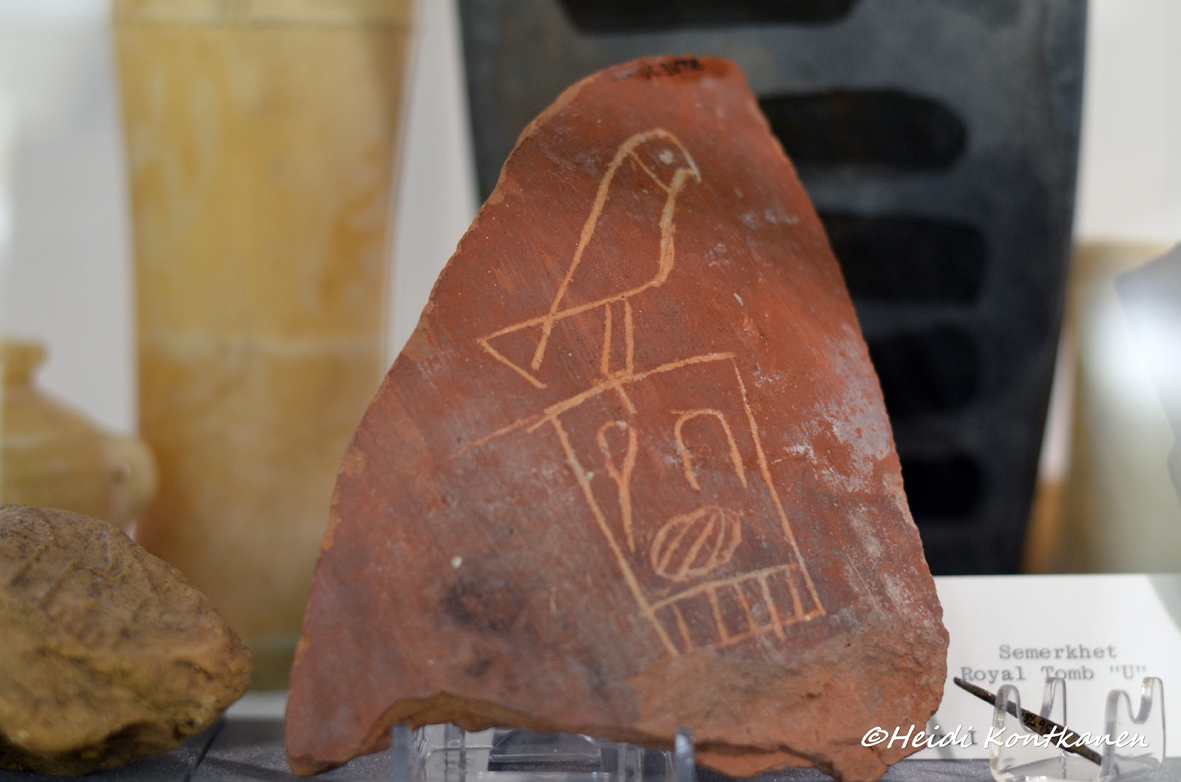 The Greek historian Manetho writes that there was serious unrest during his rule, but there are no contemporary records of such a thing. It may have been a pestilence. Perhaps already this early the tradition had developed that such things were not depicted officially and a king’s reign had to be shown as a success.

According to Manetho he ruled for 18 years. The Royal Canon of Turin tells of a 72-year rule, which is highly unlikely. Consensus seems to be that he ruled for about 8 years, based on the inscription on the Cairo stone (a fragment of the Palermo Stone).  There is a mention of him celebrating two heb-seds.

In his tomb there were signs of trade relations with Near East during Semerkhet’s reign – vessels from the Levant.

He combined the nebty (2-ladies) title with the title of “King of Upper and Lower Egypt”. “Iry-Nebty” = Guardian of the Two Ladies. There is a theory that his connection to the goddesses would signify he had a religious role before he usurped the crown, but there is no actual evidence supporting this claim.

Seal impressions from his burial site tell of his building projects: 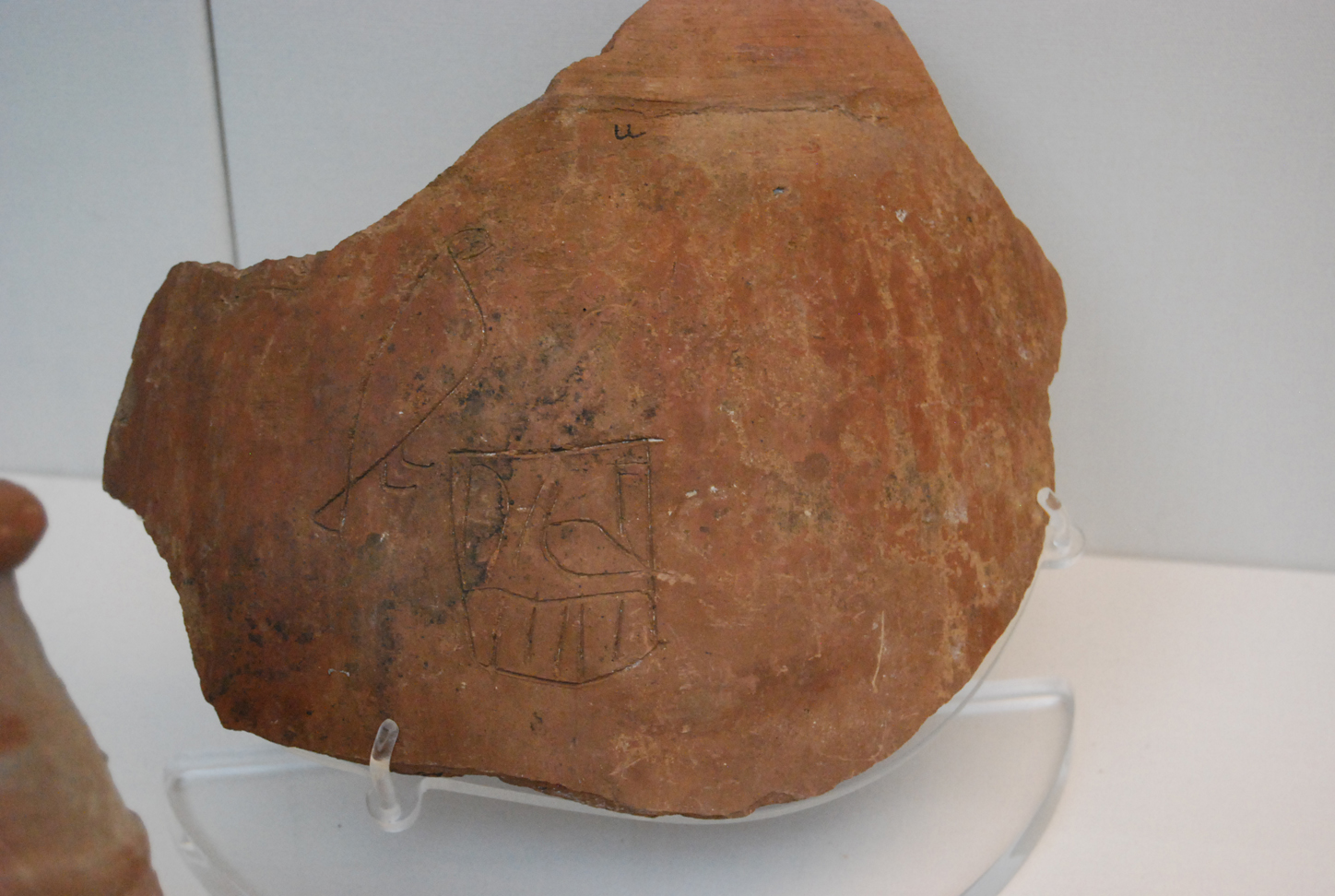 Semerkhet’s tomb is situated in Abydos: Tomb U, first excavated by sir William Matthew Flinder Petrie in 1899. He had no tomb in Saqqara, though his predecessors built tombs there. The outer measurement of his tomb is 29 x 31 meters, and thus it is larger than those of his predecessors.

There were no stairs leading to the tomb but a 4m wide ramp leading straight to the main chamber. The ramp begins 10 meters outside the tomb. When excavated it was covered with aromatic oils that still gave scent ("Three feet deep" according to Petrie).

Beside the ramp were objects from the Ramesside era – baskets and jars. Maybe the tomb was opened and restored during that time. The site was connected with Osiris in the Ramesside times – king Djer’s tomb was thought to be the burial place of Osiris’s head.

The tomb's burial chamber is brick covered and its size is 29.2 x 20.8 metres, The king's mastaba originally covered also the 67 subsidiary tombs. This would suggest that the people buried there were buried at the same time as the king. Were they killed willingly? Traditionally the Egyptians respected dwarfs and among the subsidiary burials there were two. (We even know the name of the other one: Neferit)

Only 17 seals were found in the tomb. Outside the tomb there was a black granite funeral stela with the king's name, as was the custom of the times - stelas such as these were erected in pairs outside the tomb.

Objects found were made of ebony, amethyst, turquoise and copper. There were also fragments of furniture. 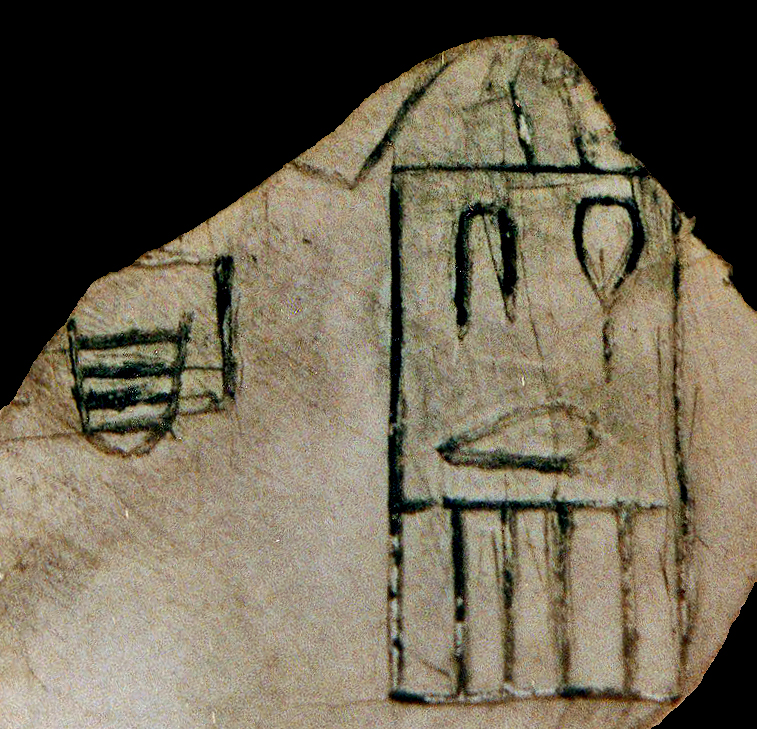 Shard with the serekh of Semerkhet. Photo by Photo by Juan R. Lazaro on Wikimedia

Back to Pharaohs main page