Egyptian queens were essential for the king’s right to rule. The Egyptians’ concept of Maat (the proper way of things) required that all sides had to be taken into account. And so, where there was a male element, there was to be a female element too. This meant that a king had to have a queen to rule properly. Every Egyptian king had a queen, they were a team, and both members had their important pre-set roles in family life as well as in official life and religious ceremonies.

This was the main wife, also called King’s Great Wife. Ideally to this would be added King’s Mother, which meant her son ascended to the throne after his father died.

She often traveled the country with the king (who did not live in one palace and rule from there, but traveled along the Nile to rule, and stayed in temple buildings and as guests of the elite). Some other wives might follow along, but not all the king’s wives. But even if other wives followed the king, it was the Great Royal Wife who took part in religious ceremonies alongside the king. She and the king represented the fertility of the land. In this role she gave prestige to the women of the royal house.

Who was chosen to be the Great Royal Wife, then? Ideally she was a member of the royal family, because this way she would share the family values, and understand her role and duties in advance.  For this reason she often was the sister or half-sister of the king.  Often this was the only chance she had to marry – from New Kingdom onwards the daughters of the pharaoh were not allowed to marry  outside the immediate royal family.  This lasted till the end of the dynastic age. There was an understandable reason to this: if a princess was married to an outsider, her husband or his relatives might try to usurp the crown.

The great goddess Isis was the role model of a perfect queen: the support for her brother-husband Osiris, and the protector of their heir Horus in times of danger (the death of Osiris). And these Egyptian queens really did rule on behalf of the heir, and wage wars on behalf of their family.

A Great Royal Wife could also the daughter of the king. Most likely these marriages were announced so that the king would have the female counterpart to act in the religious roles necessary for kingship – the old queen may have died or be ill, and Maat required a queen next to the king. At this point it was not perhaps safe to choose a minor wife for the role – this could have caused trouble if the minor wife had a son, and the heir to the throne was already chosen from among the children of old Great Royal Wife. If the new Great Royal Wife was the king’s own daughter, she would be loyal to the aging king. There were harem conspiracies in the history of Egypt, and kings were assassinated, so the fear was not without ground.

Thus these father-daughter marriages were most likely marriages in name only, to ensure the religious role of the queen was fulfilled, and also to give the daughter a respectable title in a society where women were expected to get married.

Egyptian queens could come outside of the royal family too, maybe the most famous examples being Tiy and Nefertiti – the mother and wife of king Akhenaten. 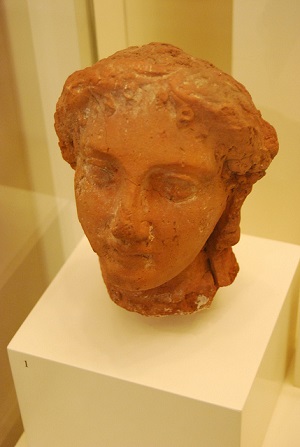 The king could have hundreds of wives. The most important lesser Egyptian queens were the foreign princesses married for diplomatic reasons, to seal peace treaties. Also the daughters and sisters of the king lived in the kenerets – or harems. Also when a new king was crowned, his father’s wives remained in the keneret. There could be women of lower birth as well – many of them the retinue of the foreign princesses (there could be hundreds), and also daughters of noble families. Many of these ladies were basically servants. But at least they had secure shelter, food and clothing. And if they never caught the king’s eye and had any children, they had a good chance of longer lives. Childbirth was a dangerous thing in ancient Egypt.

Still, a minor wife had her chance of stepping out of obscurity, if the Great Royal Wife did not give the king a living heir. Child mortality was high, and so even if there were several sons, these might all die before reaching the throne.  They took good care of their children in the kenerets, and a new son was usually ready to rise to the occasion.

These women did not simply live a life of luxury – they were supposed to work for the royal house. These women spent much of their time weaving linen – it was needed for clothing, and also as bandages for the mummies. They brought considerable income – the finer the weave, the better price it fetched.

Because history was written by the rulers, only a few of their wives are known to us today. We can only hope that tombs of the lesser wives are found, as they shed light to an important part of the Egyptian society - the life of women in court.

Back to Homepage from Egyptian Queens

Back to Queens (by Mummific)

The beautiful photos are by Heidi Kontkanen, used with permission.